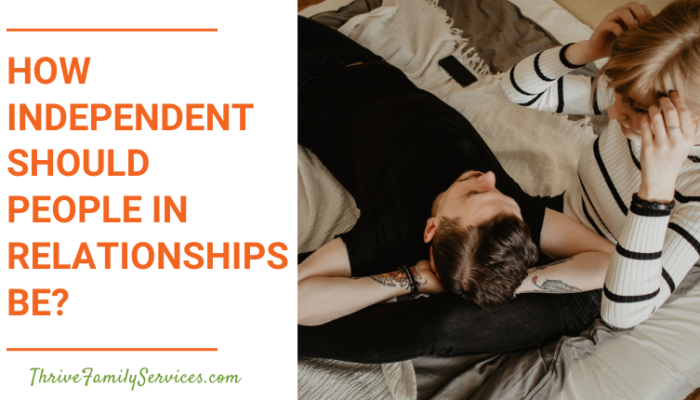 Dana and Zeke are newly married and are realizing the challenges of balancing feeling independent in their relationship.

Dana is out shopping with her friends when she picks up a dress and asks, “I wonder if Zeke would like this.” Her friends tell her things like, “It doesn’t matter what he thinks, you should buy it if you like it,” and “Why are you always taking his opinion to make decisions? Be your own person!”

At the same time, Zeke is at work and his coworkers are asking him to go out for food after the end of their shift. He is tempted to go with them, but he also thinks that he should go home since Dana will be there. His coworkers tease him that he “is on a tight leash” and to “be the man of the house and do what he wants.”

Later on, Zeke and Dana tell each other about their days. They wonder if they need to be more independent from each other. Like many couples, they are curious to know if there’s such a thing as “too independent” or “not independent enough.” How is any couple supposed to know how to balance the “right” amount of independence?

Let’s start with a fact: People need each other.

People who have at least one solid, secure relationship are happier and have longer lives than those who don’t. Babies who have stable, reliable attachment figures are better able to regulate their emotions and form similarly strong relationships in adulthood.

Somehow, particularly in Western cultures, it became a “bad thing” to need other people. Adults are expected to be independent beings that aren’t influenced by the emotions or thoughts of others. However, this is pretty counterintuitive to what our brains need to feel calm.

Because of necessity, human beings learned that they were more likely to survive if they stayed with a group of other trusted people.  Being able to depend on and cooperate with other people made it easier to survive tough circumstances. Even in today’s world, people continue to feel better with the companionship of others.  Indeed, the lack of such connections can lead to many problems, including loneliness.

Loneliness is not developed when a person is lacking a certain number of human relationships. In fact, someone with 20 friends could be lonelier than someone with 1 friend. This is because the amount of emotional connectedness is what matters in meaningful relationships. When we have at least one relationship where we feel known and accepted, we won’t feel as much loneliness or isolation.

So what happens when those very important relationships start to lose their connection? It can be a frightening place to be. It can be difficult to eat, sleep, or focus when we’re in an argument with a loved one or when we start to really miss “our person.”

If everyone in the world were completely independent, it would be a lot harder to navigate the world.

We would have to completely separate ourselves from each other in order to make decisions about our life, our wants, and our needs without the influence of other people.

On the other hand, if people became co-dependent, it would also be difficult to navigate the world. If someone couldn’t make any choices without their partner’s approval, that would be pretty tough!

What is the point of having relationships?

The answer to that question could be a lot of things, depending on who you ask. However, it is indisputable that one of the main points of relationships is growth.

The best relationships allow room for partners to grow and change through experiences, knowledge, and conversations. A relationship should serve as a “home base” for individuals to come home to while exploring and aging. After all, we won’t feel as much freedom to go have new experiences if we don’t know who will catch us if we fail!

Interdependence is the perfect balance of independence and codependence.

The bottom line is this: It is not a bad thing to be affected by people that you love. In fact, it is normal and healthy!

Interdependent relationships are a partnership shared between two individuals who make the promise to have each other’s best interests in mind. One should not base all of their choices and their actions solely on their partner’s beliefs. However, partners also shouldn’t only think of themselves in every action or choice.  Only a proper balance of interdependence will help form a more healthy relationship and help both partners grow as individuals.

Once partners realize that it feels good to see each other be happy, it is easy to want to do things that make your partner happy so that you will be happy, too. Couples need to learn to talk about what they are feeling, what they want, and where they want to go. Then, it becomes easier to make the necessary adjustments so that both partners can feel better and grow.

Are you concerned about feeling independent in your relationship? Our Denver couples counselors are ready to help. Call us at 303-513-8975, X1, or schedule online today:

Uncover the Blocks – How to Hear & Be Heard 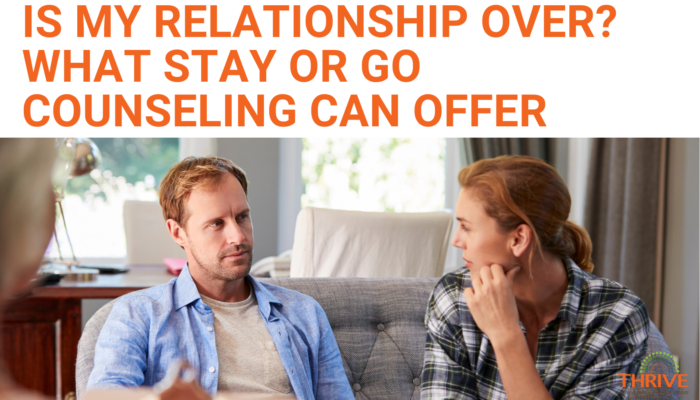 Is My Relationship Over? What Stay or Go Counseling Can Offer

Do you find yourself wondering if there’s anyone out there who can help you decide... 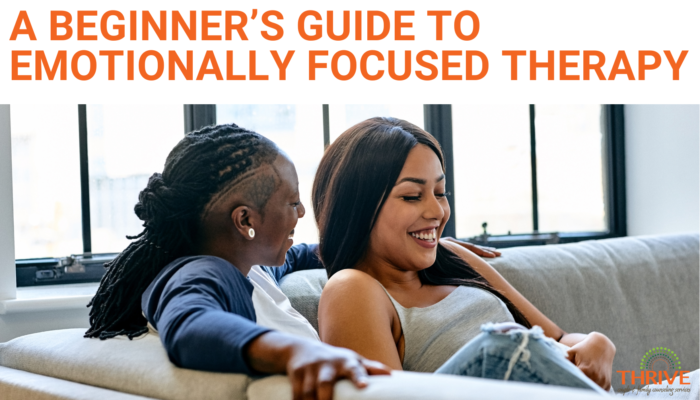 "Being the 'best you can be' is really only possible when you are deeply connected...