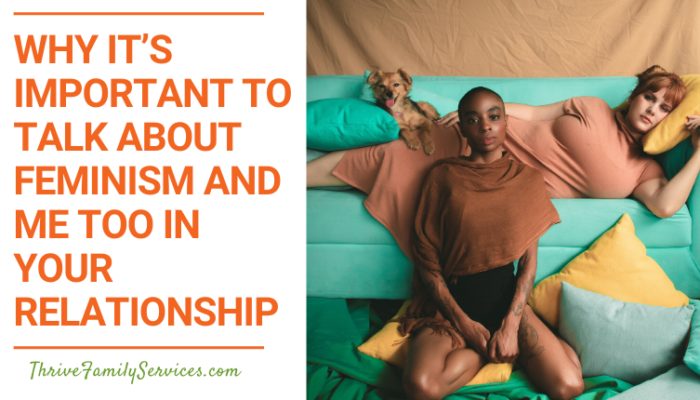 Over the last few years, there has been an increase in talk around the globe of feminism and the Me Too movement. The purpose of these conversations is to start vocalizing the systematic inequality between women and men, including the high percentage of women being the victims of sexual harassment and/or sexual violence. Feminism is not the idea that women are better than men. Rather, it is the belief that women should have equal rights and treatment as men in society.

Some folks argue that the rise of the #MeToo movement had a direct influence on the recent wave of feminism. Me Too was first coined in 2006 by activist Tarana Burke to start a dialogue to raise awareness of women impacted by sexual harassment or abuse.  However, the phrase really took off in 2017 as a result of women coming forward through social media and news stories, confirming their own experience of being sexually harassed or assaulted.

Why This Topic is Relevant in the World Now

Like any other minority group, it is important for society to recognize the ways that people of color, women, or non-heterosexual people are treated unequally on a small, micro-level and on a larger, macro-level.

A “macroaggression” is a term used to describe a comment that makes a negative, hurtful, or harmful assumption about a minority group. Some examples of a macroaggression would be statements like “Immigrants are criminals,” or “Women are dumb.” Macroaggressions can also include systematic prejudice, like slavery or the Holocaust.

On the other hand, a “microaggression” is a term used to describe a comment that sends a very subtle negative, hurtful, or harmful message to one specific person because they belong to a minority group. The tricky part about microaggressions is that they might appear harmless but they are a covert form of discrimination. Some examples of a microaggression would be telling someone “You know a lot about football for a gay guy,” or “All Asian people look the same.”

Another form of microaggression is denying that minority groups experience any different treatment than other groups of people.

As the topic of discrimination and equality becomes more talked about, it makes sense that the topic of feminism and sexual harassment would also become more prevalent. Because most women have experienced some form of either microaggression about their gender or some form of sexual harassment or abuse, most women have an emotional reaction to the increase in talk of feminism and the Me Too movement.

It’s important to bring this up because microaggressions might be happening in your relationship, causing unintentional damage or conflict. Calling these out and understanding the impact that this has on both partners can be incredibly beneficial to the relationship. Similarly, asking your partner about their thoughts and experience with the Me Too movement is a way to get to know your partner better – and understand how you can support them better!

It is important to not use any blaming language towards the victim of sexual harassment or abuse.

If you are the more privileged partner in a  relationship, it can be incredibly healing and beneficial to check in with your partner if they experience any forms of microaggressions in the relationship and in their world. It is extremely difficult and vulnerable for members of minority parties to talk to other people when they experience any sort of prejudice, especially when it was unintended. It’s also difficult to be on the receiving end of this kind of feedback. It’s common to feel shame and defensiveness when you hear something you did or said was offensive to your partner.

For example, challenging expected gender roles in your relationship is one way to support your partner in the feminism movement.

Telling your partner that you want to learn more about what feminism means to them and how to provide support through your words and actions can be a great way to open this type of communication.

If you are the less privileged partner in your relationship, check-in with yourself to see what feminism and Me Too mean to you. To some folks, these are vulnerable stories that you don’t want to share. To others, these are stories and experiences that you want to claim to take back power. You don’t have to share these stories if you don’t want to. But even giving this kind of feedback to your partner is a good way to let your partner know your stance.

Alone, feminism carries an immense amount of empowerment for women as a whole. It fights things like unequal pay, expectations of motherhood, and many other assumptions and views of women that might make a woman feel less than.

If you don’t struggle with microaggressions in your relationship, checking in about your partner’s mental health and experience in the world can be a great way to open up new channels of communication to increase closeness and understanding.

Even if you are in a non-heterosexual relationship, opening a dialogue about feminism and other microaggressions is a good idea. Everyone has their own experience with societal expectations. Sometimes it feels good, but other times it does not feel so good. How great would it be to feel the safety and security to have these harder conversations with your significant other?

How To Talk About Feminism With Your Partner

This topic can bring up a variety of feelings and reactions – from people of any gender! To some, this topic feels empowering, relevant, and important; for others, it can feel confusing, threatening, scary or unnecessary. It might bring up some defensiveness.

In many relationships, the rise of feminism and the Me Too movement can be incredibly bonding to talk about. But it could also create defensiveness in one or both individuals. It could also go unremarked on completely in the relationship.

Inserting the topic of feminism and other kinds of microaggressions into conversation with your partner could feel nerve-wracking for several reasons. Maybe you worry it will offend your partner. Maybe you worry you’ll say the wrong thing in an effort to be supportive.

Here are some tips to open the conversation with your partner:

1. Understand your partner’s definition of feminism – and your own

Different people define feminism differently. Before diving deeper into the topic of feminism, social justice, and microaggressions, make sure you are both on the same page about what feminism means and looks like to each of you. This is important to avoid unnecessary misinterpretations.

2. Share positive and negative feelings that you have about the rise of feminism

3. Share positive and negative emotions that you have with the rise of “Me Too”

It might feel normalizing to hear more stories of others experiencing sexual harassment or abuse. It might also feel scary and sad. If you feel comfortable, tell your partner how these emotions and stories influence you and the way you interact with other women and men.

Ask your partner what you can do to help them feel more in control and supported in the wake of the Me Too movement. Every person is different when it comes to sexual preferences, especially if your partner has had a history with sexual abuse.

4.  See what the less privileged partner in the relationship needs

Since the point of opening up this topic in a relationship is to learn more, minimize microaggressions, and increase support of social justice, letting the less privileged partner make the decision about accomplishing these goals is important. Maybe they want to talk about it more (or less!). Perhaps they want you to go with them to the next feminist rally (or not!) Maybe they wants you to learn more about feminism or Me Too before talking again. Listen without defensiveness in an effort to be as supportive as possible.

As the world’s awareness about empowering minority groups continues, it can feel like an overwhelming topic to tackle. Starting with the dynamic in your relationship – or in your household – is a great place to start.

If you need help figuring out the role feminism and the Me Too movement play in your relationship, our Denver Couples Counselors can help! 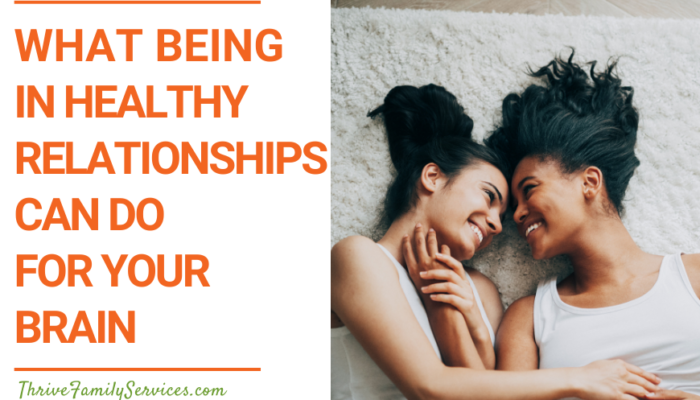 What Being in Healthy Relationships Can Do For Your Brain

Have you ever asked yourself questions like these about a relationship that you’re in?  What... 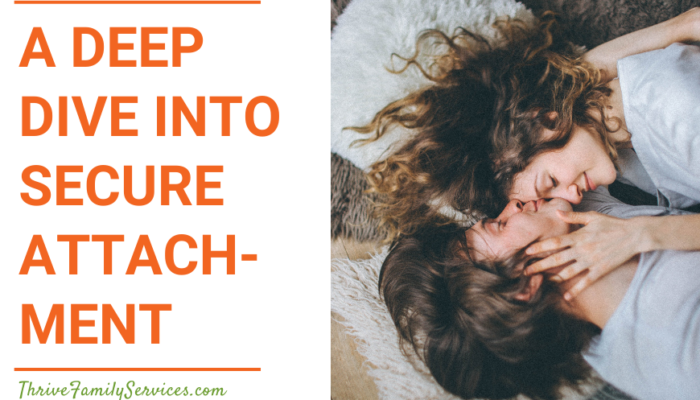 A Deep Dive into Secure Attachment

What Are Attachment Styles? As a relationship therapist, there is one blatant fact about humanity... 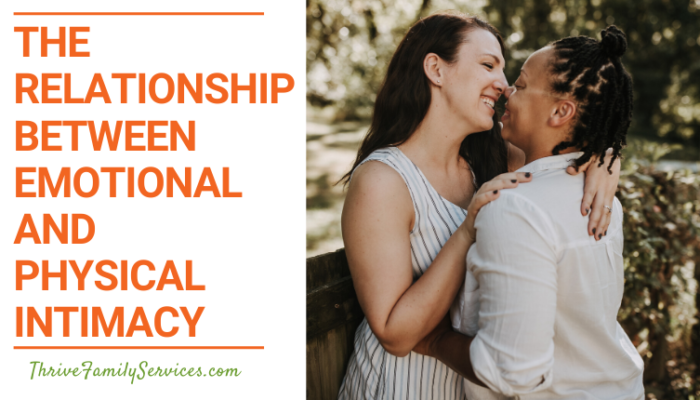 The Relationship Between Emotional and Physical Intimacy

What Do Emotional and Physical Intimacy Have To Do With Each Other? So many couples...