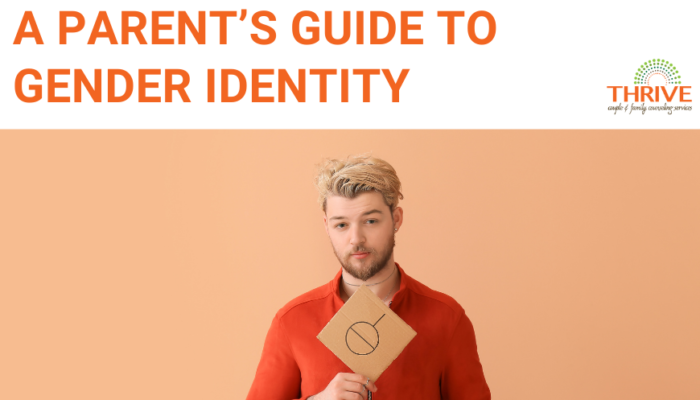 A Parent’s Guide to Gender Identity

Has your child come out to you as a different gender identity?

Perhaps they have asked you to call them by a new name and utilize new pronouns when referring to them, or have realized they are trans, non-binary, or gender expansive.

It is normal to feel a range of emotions, including fear, confusion, anger, and anxiety when your child tells you their gender identity doesn’t match up with the one assigned to them at birth. There are some scary statistics linked to gender identity and presentation in terms of safety and mental health, and our world today is much different than the one we knew in the past.

Perhaps you spent days agonizing over names for your newborn and now that same child is requesting you call them something completely different and asking you to radically change your perception of who they are as a person.

You are adjusting to a massive change along with your child.

This change often brings up a wide range of emotions in parents. Parents may simultaneously want to support their child’s development, and have their own worldview on gender identity that doesn’t align with what their child is saying.

With the understanding of the LGBTQ+ community changing so rapidly, it is understandable that parents today would be both concerned and confused when their child comes to them announcing a new gender identity. Your child may identify as something you may have never heard of, or don’t fully understand.

This article will help parents get up to date information on gender identity, terminology, and what parents can do to help and support their children through this rough terrain that is modern LGBTQ+ adolescence.

What is gender identity and how has it changed throughout the years?

Gender is “a set of socially constructed roles, behaviors, activities, and attributes that a given society considers appropriate”. In western culture, we typically view sex and gender as the same, with your gender being related to the sex you were assigned at birth. For example, in a gender binary that we typically understand, a woman would be someone who is born with a vagina, and a man would be someone who is born with a penis. However, this binary leaves out folks who are intersex (or people whose genitals don’t fit neatly into either male or female categories).

Gender identity is socially constructed, whereas sex is biological. Depending on your culture and beliefs, sex and gender might be seen as interconnected. However, the concept of more than two genders is not a new one.

In many cultures throughout time, there have been more than two genders. It is primarily westernized culture which has promoted the idea that there are only two. However, it feels new to many of us who have not grown up in cultures where gender expansiveness is common.

It is important to understand that sex and gender identity are two separate things.

They are much more varied and intricate than the binary definitions many of us are used to. While it is difficult to change your worldview, nothing is more motivating than the child you love challenging them.

Learning about the differences between sex and gender identity can go a long way toward helping your nonbinary, trans, or gender-expansive child feel seen and validated.

How do Children and Teens Develop Gender Identity?

Psychologist Erik Erikson theorized that people develop through stages, which has been widely accepted in the mental health field. It’s no surprise to parents that one of these phases is an individuation period during adolescence when they seek to develop an identity that is unique to themselves.

During this time, we often see adolescents move away from the norms set by their parents and family and start to identify more with their friends and social group. While this can often cause conflict in the home, it is completely developmentally normal for teens to declare their individuality in this way.

As human beings, we start by identifying with our family’s world view. Once our brains develop a bit more, we begin to understand that each family unit has their own worldview.

Once we hit adolescence, we start comparing ourselves to our peers and developing insight into how we fit into the world around us. Before we had mainstream terminology for non-binary genders, adolescents had to make do with identifying as “not your average girl/boy” or other more harmful terms that marked them as different.

Identifying as something other than “normal” is often seen as bad and so we develop feelings of shame around the parts of ourselves that don’t fit in.

This leads to hiding away parts of ourselves, which often creates mental health problems. In recent years, technology has enabled us to connect with and learn from other cultures and identities. This expanded worldview, plus the entirety of the world’s knowledge available to us on the internet, has led to rapid changes in what’s understood, accepted, and celebrated.

It makes sense that kids today are presented with a wider variety of options when it comes to developing their gender identities, and are able to find labels that fit their own experience in ways that parents might not be familiar with.

Sarah grew up with a mother, father, and older brother. Sarah was always a tomboy in her parents’ eyes. She liked to run and play, climb trees, play in the mud and often was very hard on her dresses. She was always following her brother around and seemed to identify with his interests more than the things girls her age were into. As Sarah grew up, she was made fun of for constantly having scraped knees, messy hair and clothes, and playing with boys more than the girls in her class.

When she became a teenager, she noticed that she did not fit in with the other girls. She didn’t care about makeup or wearing pretty dresses and was often jealous of the boys who seemed to get away with wearing the same pants and tee shirt combo week after week.

Sarah then met Tay, another girl who did not fit in with other girls. Tay introduced Sarah to different ideas and ways of expressing gender. Now instead of feeling broken and abnormal Sarah realized she was not alone. Sarah would go on to explore different pronouns and ways of expressing themself until they finally settled on the term non-binary and using they/them pronouns. They decided to change their name to Emerson because it felt more comfortable than the traditional girl’s name they had in the past.

Why is it important to understand gender identity?

Emerson’s story above illustrates why it is important to have expanded understanding and education about gender identity. If Emerson had not met Tay and realized that they didn’t have to identify as the “abnormal girl,” they likely would have developed a great deal of shame around who they are. They could have tried to hide it and pretend to fit in. They could have gone through their life feeling broken, alone and separate from others. These beliefs can lead to feeling less than or not good enough, which in turn can be the start of multiple mental health and relational problems.

If more children were taught that they don’t have to fit neatly into a category, it might help ease the dysphoria that many gender expansive kids feel because they’d be able to put a name to their experience. Realizing that you’re not alone is powerful, and learning that there are other people who see the world the way that you do can be affirming.

What do I do if my child comes out to me as trans or non-binary?

How you react as a parent to your child coming out is extremely important. Even if your family values open mindedness or is LGBTQ+ supportive, the decision to come out can cause a lot of stress and anxiety for the person coming out. If they have decided to come out to you, it is a HUGE deal and it means that your acceptance and support is very important to them. (This is true even if they don’t act like it all the time. They do care what you think. Shocking, I know!)

When we are presented with this news, it can sometimes come as a shock (or not so much considering what you already know about your child). It is normal to not always know what to say or how to react. We might have values or beliefs that differ or create friction with this new information.

The important thing is that your child knows that you will love and support them no matter how they identify.

You may question their decision. You may even assume that they will change their mind later (they might, or they might not). However, it’s important to not minimize what your child is telling you. Here are some simple do’s and don’ts to help you react to your child in a way that shows love and support.

What should I do if my child comes out to me as trans, non-binary, or gender expansive?

What should I NOT do if my child comes out to me as trans, non-binary, or gender expansive?

What Are Commonly Used Terms Related to Gender Identity?

This is in no way an exhaustive list, and new nuanced terms are constantly evolving, so when you hear a new term, feel free to look it up. Or if you feel comfortable, ask the person using it about what it means. For a longer and more comprehensive list please visit the glossary at PFLAG.

If your child has recently come out to you as non-binary, trans, or gender expansive, you might be looking for ways to process this information in ways that are affirming of your child. Our therapists can help you navigate what you’re going through and help you find ways to connect with and affirm your child, whatever their gender identity. 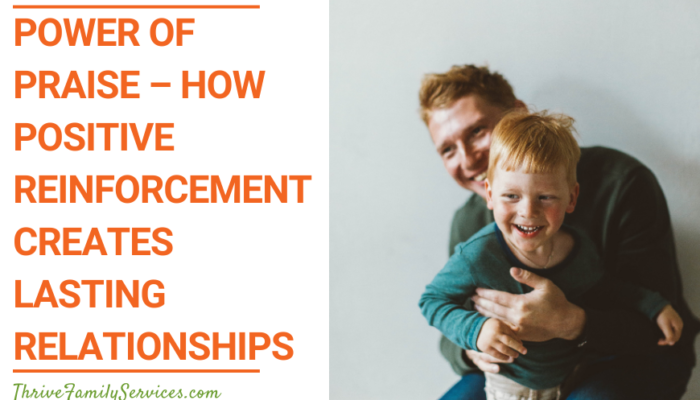 Good girl to write your blog! Oh. Hi. That’s me, praising myself, compliments of this... 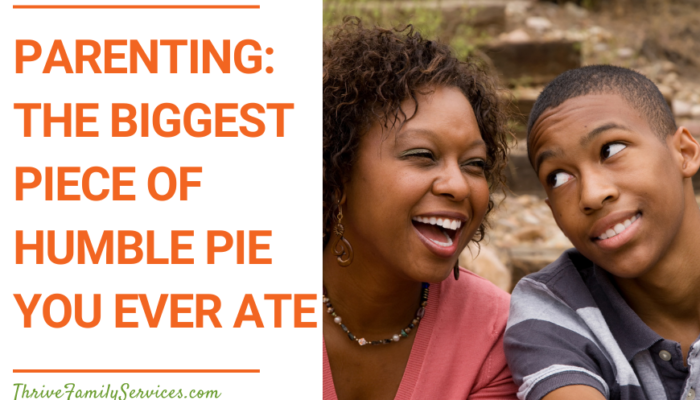 Parenting: The Biggest Piece of Humble Pie You Ever Ate

It started in the hospital. There you were, laboring, having rather quickly lost all sense... 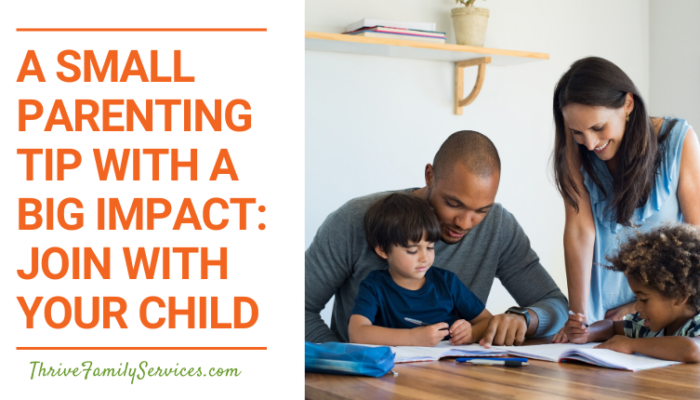 A Small Parenting Tip With a Big Impact: Join With Your Child

Inspired by the parenting theme in our last post—My Favorite Parenting Approach: Parenting by Connection—where...